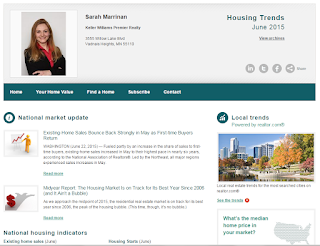 This eNewsletter is specially designed for you, with national and local housing information that you may find useful whether you’re in the market for a home, thinking about selling your home, or just interested in homeowner issues in general.

The Housing Trends eNewsletter contains the latest information from the National Association of REALTORS®, the U.S. Census Bureau, Realtor.org reports and other sources.

If you are interested in determining the value of your home, click the “Home Evaluator” link for a free evaluation report.

Sound decisions can only be made with accurate and reliable information, and I am happy to be a trusted resource for you. Thank you for the opportunity to provide you with this monthly eNewsletter, and I look forward to answering any questions you may have and to the opportunity to be your REALTOR® in the future.

Check out these great commonly asked questions and contact me with questions!

Posted by Sarah Marrinan at 5:30 AM No comments:

How Does the Supreme Court's Gay Marriage Decision Affect Housing?

Will the Same Sex Marriage Ruling Affect the Housing Economy?


You have probably been bombarded over the last few days on social media and with news stories about the Supreme Court's Gay Marriage decision and lawmaker's proposal to remove from the House all items bearing the Confederate battle flag so you are probably not interested in hearing from me about any of it but I feel it's important to talk particularly about how Supreme Court Declaring Same-Sex Marriage Legal In All 50 States affects housing.

Putting your political and religious beliefs aside, let's talk about how this Supreme Court's Gay Marriage decision will affect housing.

The bottom line is that this ruling is GOOD FOR HOUSING.

For home sellers, the decision opens up the market to a wider array of potential buyers! 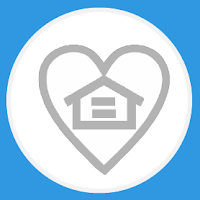 However, according the 2015 LGBT Home Buyer and Seller Survey, 73% of LGBTs are strongly concerned about some aspect of housing discrimination, either in purchasing a home or renting. The concerns include discrimination by real estate agents, home sellers, landlords and neighbors.

That's BAD (and illegal!).  These concerns could keep LGBT buyers away but it doesn't have to be that way. Real Estate professionals, whether they are part of the LGBT community or not, should educate themselves and their clients on Fair Housing, advertise to all communities equally and be respectful in their correspondence.

For neighborhoods, values may increase when LGBT homeowners move in! Why? 53% of LGBT homeowners completed some type of home renovation in the past five years, with 34% indicating a more significant full or partial remodel.

For LGBT home buyers, two incomes can be better in affording a home due to home prices on the rise and tightening mortgage requirements.

So what will they be looking for? The same as a lot of other buyers; According to the survey, LGBTs interested in purchasing a home value a safe neighborhood most (88%), as well as access to parks (49%).  Outdoor living space and an open concept living area are the strongest priorities. For gay men, a chef kitchen is also a higher priority.

Posted by Sarah Marrinan at 4:39 AM No comments:

Back on the Market - Affordable One Level Living - Coon Rapids 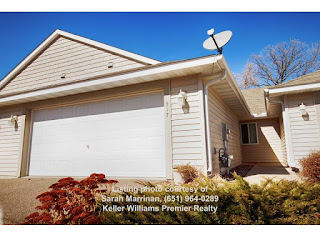 Click here to view this ePostcard in your web browser

Posted by Sarah Marrinan at 8:07 PM No comments:

The Most Common Delays Toward Closing on a Home 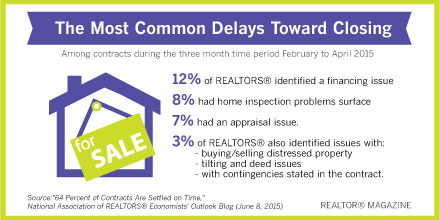 About 60 percent of REALTORS® reporting on their last contract indicated that the contract had some type of issue:

With all the talk about the difficulty in obtaining a mortgage, only 12 percent of contracts that were reported to have settled or terminated had financing issues. One possible explanation noted may be that potential homebuyers are deciding to wait for now, so these buyers were not captured in the data.

Need help with buying or selling a home? Call me! 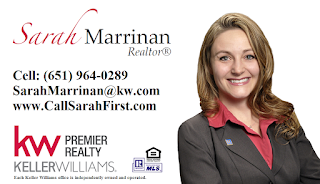 Links you may enjoy:
Housing Market Updates  |  Getting the Best Price for your Home  |  Getting pre-approved  |  Homes for Sale  |  What is Your Home Worth  |  Why Call Sarah First

Posted by Sarah Marrinan at 2:51 PM No comments:

SHOULD is now MUST in the FHA Handbook

It's likely you won't hear this on the 5 o'clock news but it's important to people considering buying or refinishing their home. After reading this you may want to look into all types of loan products available.

The 4155 is the FHA handbook. Changes have been made to the Federal Housing Administration's (FHA)  handbook and the word MUST now shows up 2669 times with regards to FHA appraisals where it previously said SHOULD.

This gives appraisers a lot more work they MUST focus on... A lot more work and technically a lot less leniency means higher costs for FHA appraisals. Which will likely be passed on to the buyer raising their closing costs. Plus, all this "MUST" is distracting for the big picture, finding the right value.

So that in addition to the high FHA mortgage insurance premiums makes FHA loans even more expensive and less appealing.

It seems clear that all these changes are being enacted to push people away from FHA mortgages.

Since you can now get conventional loans with as little as 5% down, the only reason left to consider FHA is having a low credit score.

So what's that you say? How do you improve your credit and avoid FHA?
READ MORE:

Need another reason to avoid FHA? More sellers are deciding not to accept offers from buyers using FHA financing due to the strict property condition guidelines. Making FHA buyers have fewer properties to choose from when looking for a home.

8 Things you Must Know About Getting a Mortgage

Posted by Sarah Marrinan at 7:26 AM No comments:

Get Social With Me!